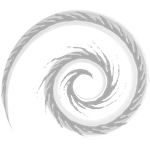 This audio is an interactive dialogue between participants and David Hoffmeister on A Course in Miracles concepts. David talks about trust and living fully in the present moment, living a spontaneous life.

In this ACIM gathering, David shares: “I love how spontaneous this life is. It’s fun. I never have a clue about anything. I tell people I am certain about God, but I’m clueless about the form and how it will seem to go. This year, I was invited to a Buddhist/A Course in Miracles center. It’s called Miracles Sangha. They combine a traditional Buddhist sangha with A Course in Miracles.

Instead of Buddhist sayings, they have A Course in Miracles sayings throughout the center. In this sangha, the teacher rings the gong and everyone meditates. Then the teacher rings the gong and they read a passage. Then they have another period of meditation. When I was invited there, the teacher told me, “I would like you to speak during the sangha. After the gong, you’ll speak.” Then he proceeded to give me the whole structure of the sangha. In the gatherings I do, I have no structure.

Normally, there’s so much ritual and structure and tradition with spirituality. Sometimes people who come to my gatherings are surprised by my approach. I just smile and wing it and let the moment present itself. Sometimes, I even go into these deep meditations, where I sink inward more and more.

So, there I was at the sangha and I was supposed to speak at some point. The gong probably went at least three times and after someone bumped me, I opened my eyes to the teacher nodding and nodding. Usually, I start gatherings off with saying, ‘I know everyone’s got the truth already. If anyone wants to express their miracles, they can.’ So, I asked if anyone wanted to express anything or ask anything. No one said anything, so I went back to meditating.”

Note: To download these audio files, right-click and select “Save Link As…”, “Download Linked File As…”, or equivalent.

* This track has some intermittent noise.

ACIM audio teachings—thank you for visiting!